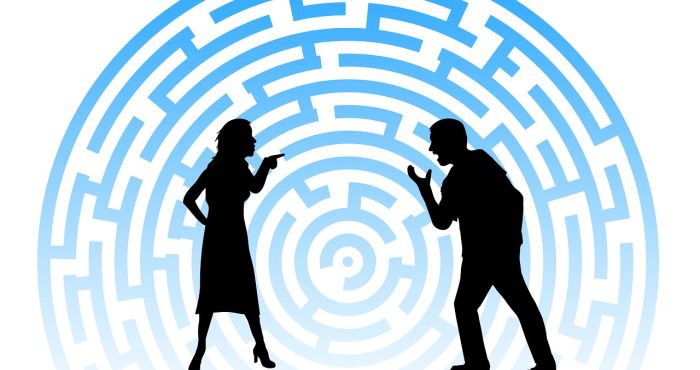 First, let me be clear: I don’t consider myself a feminist.

In fact, I try my darnedest to avoid labels whenever I can. But one label I do choose for myself is that of truth-teller — I tell the truth. And I tell the truth regardless of whether I belong to a particular collective or not. In other words, just because I’m Black doesn’t mean I don’t recognize how mentally ill many Black folks are as a result of living under the White boot of systemic racism. And just because I’m a woman doesn’t mean I will give women a free pass to do all sort of ridiculous things.

Today, I want to talk about being a woman navigating life in a country that is more sexist than it is racist.

Recently, I had an experience at my local Trader’s Joe grocery store that has been gnawing and gnawing at me. And it got me thinking about the absurd side of so-called “feminism.”

OK, picture this: My mum and I are out enjoying a beautiful Saturday afternoon. You know, the kind of day that had us looking pretty and feeling hopeful about life. We take our goodies up to the checkout.

Our cashier was a very pleasant man of a certain age. We chat easily. After he packed our goodies into a shopping bag, he and I both grabbed the bag at the same time to place it into the cart. And this is when a moment of confusion between the sexes entered the picture.

Immediately, he apologized all over himself for offending me. I was perplexed as to why he was apologizing, so I asked, “Offend me how?”

He said, “Well, I know women today like to help themselves.”

So I smiled and said, “I’m not one of those women.”

Let’s continue with a simple definition.

We’ve Got an Ugly Problem

To paraphrase Encyclopedia Britannica, feminism is a multifaceted movement to define and to establish equal political, economic, educational, and social rights for women under the law.

I want all of the above for myself and all women across the globe. But over the years, in the West, in the fight to be seen, heard, and respected, the message of what is beneficial to the feminist cause has gotten lost in a swamp of anger, unreasonableness, and confusion.

I mean how did we go from feminism as defined above to the silliness and confusion that now exists between men and women in the “arena” today?! Yes, the “arena.”

How is a man helping me with my bag of groceries offensive?!

Yes, our lives and contributions have always — yes, always — been equally valuable as any man. And this is true whether we choose to work outside or inside the home. For too long men and the societies they created denied the immeasurable value women have given and sacrificed for her children, husband, and life itself.

Yes, the Patriarchy Is Still Wrong

Yes, for centuries, most men and the societies they created got it dead wrong. However, in many ways, currently, life is better for women in the West. But even so, there is still so much work to be done on the full realization of women’s rights.

Still, making men the enemy because they help us with our groceries, open a door, and other small acts of kindness and gentlemanness is petty, childish, and colours our male-female relationships with a sh*tload of anger, bitterness, and confusion that is NOT meaningful, helpful,or progressive.

And as a woman, I’m not interested in wasting one second of my puny life carrying around that kind of poop. Men and women have danced around in the ring, trying to sucker punch each other long enough. Can’t we stop swinging to extremes and find the midpoint of reasonableness and fairness on the continuum?

Can’t we celebrate our differences and still work for feminist values?

The issue of feminism vs. the partriarchy and their effects on gender relationships is complicated. But being recognized and valued as valuable and worthy human beings and being treated like women by good and decent men should not be mutually exclusive.

It’s good when a woman can take care of herself and be all that she can be — and she should be proud of that. But it doesn’t mean that a woman can’t desire or need a man in a myriad of ways that cannot be quantified and counted and that have nothing to do with politics, society, or economics.

Because men and women are NOT the same. There’s a yin (feminine) and yang (masculine) — soft and hard, protected and protecting (although this last aspect is definitely variable based on the situation or the men and women involved). But the point, I’m trying to make is that the qualities maleness and femaleness bring to the table are both essential to the balance and sweetness of life. It’s nature’s design.

If we’re totally honest, these trifling misunderstandings that exist today between men and women in the West is not what we want either. Golden Girl’s Blanche Devereaux probably put it best:

4 thoughts on “What Makes a Good Feminist?”