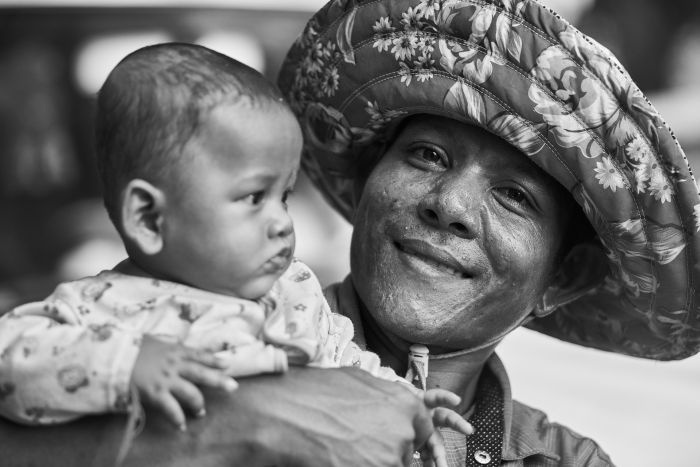 Egg plus sperm: Could it be Happy Father’s Day?

Moms get so much of the glory — and deservedly so. But, sometimes, it seems fathers and their value is under appreciated and undervalued. And that just isn’t right!

Because while he does not carry and push life out into this world, a father is an essential contributor to its creation. And his continued presence and involvement is essential if the child he helped to create is to thrive spiritually, emotionally, and mentally.

Did you win the great father lottery?

If you’re lucky, you know who your father is.

If you’re luckier, he’s deserving of your respect and your adoration and love because of his upright character and loving-kindness.

If you’re luckier still, he was/is a constant in your life, preferably living under the same roof and in a loving relationship with your mom.

All great fathers have the following in common

First, a great father is an active part in his child’s life regardless of what has gone wrong between him and the mother. A child blessed with a great father will have a well overflowing with cherish memories of shared experiences to choose from when someone asks, “What’s your favorite childhood memory with your daddy?”

Second, he does his damnedest to make sure that his child’s belly never cries to be filled and that they have a safe place to lay their head at night regardless of what has gone wrong between him and the mother.

And what’s more, he is a steadfast protector. He stands by his child, supports them when they need propping up, and even willingly goes to hell and back for them.

A great father is at least these three things and can be so much more.

If you’re a son

Furthermore, a great father also teaches his son through his example to respect and honor she — every woman — who can carry, bear, and nurture life, rather than objectify any woman and reduce her to disposable entertainment.

If you’re a daughter

A great father is the first man a daughter falls completely and madly in love with and he with her. He is the shining blueprint for the future of what she richly deserves and what she absolutely will not tolerate in a man.

By providing his daughter with this template, a great father has substantially increased his daughter’s chances of selecting a high-quality man who is truly and deeply worthy of her and the honor of fathering her babies.

And trust me when I say this is no small matter! Because when a woman is capable of choosing a high-quality man, it means not only a happier life for her but also for her babies — that is, future generations. And well-adjusted, happy human beings are infinitely less likely to f**k with the world and bring humanity down into the gutter. It’s all connected, you see.

The simple truth is this: It takes a sperm and an egg to make a child. Daddies are not optional. Fathers — present or missing in action — often set the direction, or at least the very tone, of their children’s life.

My mum made sure I knew who my daddy was. And my daddy (along with my mum) made sure my belly was never empty and I was never homeless. And he loved me and I loved him. Yes, we “lived” under the same roof, but he was missing in action in many important ways. You see, my father was of a generation that expected little from fathers other than they make sure their kids stay fed, clothed, and housed. Once upon a time, I was pissed about this. But now, it is clear to me that my father is a “casualty” of the era to which he was born, the flawed man he called father, and his own imperfect nature.

The point is this: I know intimately how much I lost because he wasn’t a great father. But he lost too. Indeed, it wasn’t until I was age 47 and he was age 78 that I was finally able to fall in love with my daddy. It’s tragic that many of us did not win the great father lottery. But as long as your father did not do anything monstrous and if he did even one thing right, consider forgiving him the rest and calling him this year with an open heart to wish him Happy Father’s Day.

2 thoughts on “Why Fathers Are Not Optional”