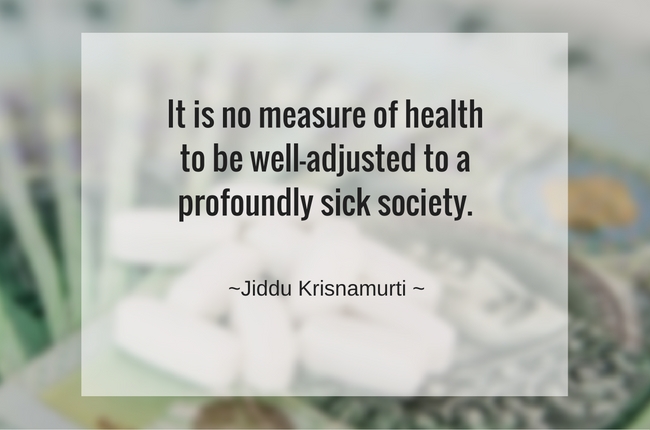 It is no measure of health to be well-adjusted to a profoundly sick society. ~ Jiddu Krisnamurti

Infection: Social lunacy; sadly, mankind has a rather long history of social insanity.

Incubation: 6 to 18 years of exposure to educational nonsense in the school system and/or from socially illiterate, unenlightened parents; however, there are many instances of patients who are born demented

Have you become well-adjusted to the absurd?

Is it contagious? Yes, unless we have the will and the strength to think critically for ourselves and possess basic human decency

Treatment: Eternal vigilance and containment, as well as the courage of the sane among us to declare, “The emperor is naked!”

Another observation you might enjoy: Remembrance: Deep, Meaningful, True

6 thoughts on “Are You Profoundly Absurd?!”