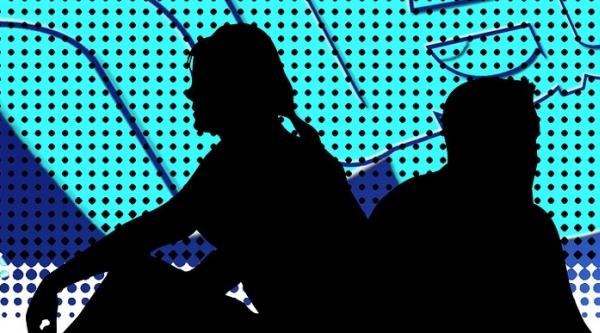 Recently, I had an experience that has been gnawing and gnawing at me. And, you know what happens when that happens. Yes, that means something needs to be said, has to be said.

OK, picture this: My mum and I were out enjoying a beautiful Saturday afternoon — you know, the kind of day that had us looking pretty and feeling hopeful. We were at the local Trader’s Joe in the checkout lane, checking out our little goodies with the cashier,  a very pleasant man of a certain age.

So after he packed our goodies into a bag, he and I both grabbed the bag at the same time to place it into the cart. Immediately, he started apologizing all over himself for offending me.

I was a lot flummoxed and so I asked him, “Offend me how?” He said, “Well, I know women today like to help themselves.” So I smiled and said, “I’m not one of those ‘women.'”

We’ve Got an Ugly Problem

Feminism is a multifaceted movement to define and to establish equal political, economic, educational, and social rights for women under the law.

While I believe in the movement as stated above and I know that men can be more than a little dense, I am not interested in being labeled a feminist. Why? Because I cannot sanction the lost of clarity and anger it carries around like a badge today.

Please for goodness sake, how did we go from feminism as defined above to the stupidity and confusion that now exists between men and women in the arena today?! Yes, the arena.

How does a man opening a door for a woman reduce her humanity and obscure her equality?

How does a man pulling out a chair for a woman at a restaurant or allowing her to be presented with her meal first diminish her power?

Why is who picks up the check relevant to what can happen between a good  man and a good woman — who love each other or could potentially love each other? (Please note the use of the word “good” twice.)

How is a man helping me with my bag of groceries offensive?!

Why does she bringing home the “bacon” and getting equal pay have to divide two beloveds when they turn the lights down low and go up stairs?

There is no doubt that men had it wrong — again. It was right and true and good for women to seek equal opportunity and to demand recognition of their value. Yes, we were then as we are now equally valuable as any man — whether we choose to work outside or inside the home. What we bring to this world and to life as women is immeasurable! Immeasurable!

But I believe the feminist movement has lost its focus along the way and picked up a shit load of anger, bitterness, and confusion. And I am not interested in wasting one second of my puny life examining why or placing blame or carrying around that kind of poop. We’ve danced around in the ring, trying to sucker punch each other long enough. Can’t we just stop the madness and grow up?!

Men and women are NOT the same. We are NOT. There’s a yin (feminine) and yang (masculine) — soft and hard, protected and protecting; both are essential to the balance and sweetness of life. It is nature’s design.

It is good when a woman can take care of herself and be all that she can be, and she should be proud of that, but it doesn’t mean that she doesn’t need him OR he, her in a myriad of ways that cannot be quantified and counted and that have nothing to do with politics, society, or economics.

Our relationships, especially those involving love or the possibility of love, should not be diminished to childish games of one-upmanship. Let me say it again: Grow up.

Ladies and gentlemen, if we are totally honest, this hot, hot mess that we have today is not what we wanted either. In obtaining one essential thing we lost another. I think Blanche Devereaux put it best:

Call to action: Do you think we can fix the hot, hot mess that currently exists between men and women? Can we undo the damage?

Check out this related article by Allison Hatfield on the Daily Worth website. I particularly loved the comment made by Sara Robinson, a wise and generous woman.