In the U.S.A, on the last Monday in the month of May, we take a day to remember… to remember all the men and women who have died while serving in our country’s armed forces.

In my hometown, the week before Memorial Day, the local government stakes out on the side of main roads hundreds of white crosses, proudly flying the American flag. 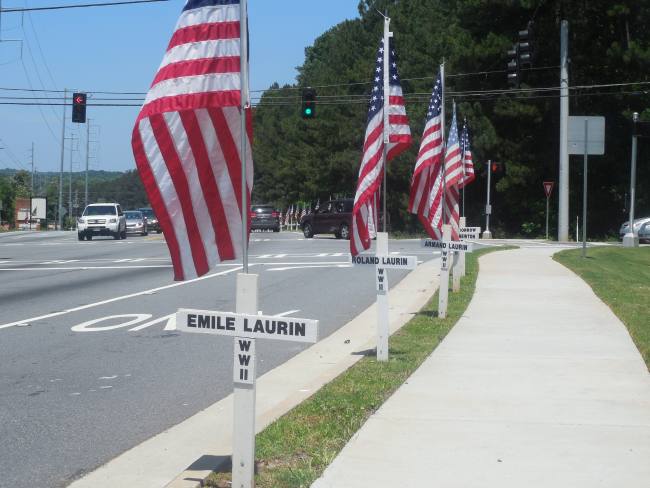 Each cross carries the faceless name of someone who sacrificed their hopes, their dreams, their loves, their life, and maybe even their very soul for an ideal, for a way to live, or simply because they were forced.

In celebration of Memorial Day, we gather, we picnic, we eat ribs and fried chicken, we drink soft drinks and beer, and we finish it all with celebratory sheet cakes and cupcakes frosted in red, white, and blue. Jolly times, eh?!

But I can’t help wondering how many of us — especially those of us who has not lost anyone close to our heart to the soulless, ugly thief that is war — really appreciate the enormity of the losses that this day represents. 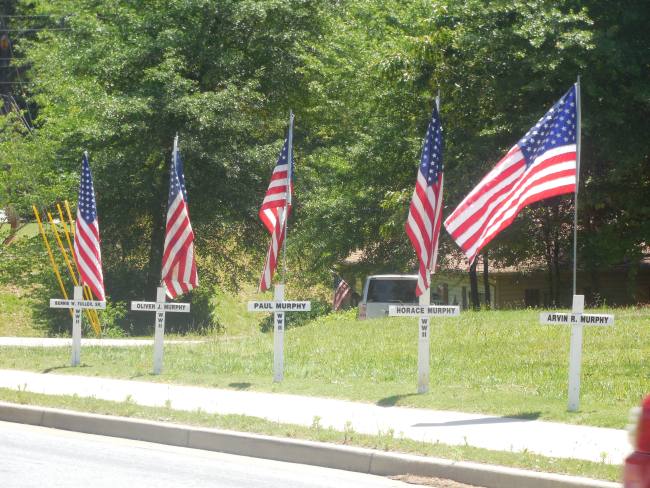 During the week before Memorial Day, as I drive about town running this or that errand, I see people speeding by in their vehicles, living their lives and seeming not to notice the white crosses, the long procession of souls that have died in this or that war.

But I feel compelled to slow down, to pause, to try impossibly, of course, to read every name on every cross. I even try to put faces and stories to some. For example:

You may ask why fixate so on a white cross with a name. Well, let me tell you why: It seems indecent not to. I feel guilty if I don’t. Because each cross bears the name of a once upon a time someone — like me, like you. Someone whose story is forever unfinished, because they died too young, too brutally… in a war.

They were once a son or a daughter, a brother or a sister, a husband or a wife, a father or a mother, or even a unfulfilled dream of love for some girl or boy, They had their own hopes, their own dreams, their own fears — and, whatever their story, enormous courage. They were here like me, like you. And now, they are just faceless names — sacrifices — on white crosses that line the streets the week before Memorial Day in some little town in the U.S.A.

Please sit quietly for more than a moment, consider, and then give thanks.

So today, enjoy your friends and family and the food. BUT I beg you to take a really long pause and consider our losses too: the mother or father who has lost a child; the daughter whose father will never walk her down the aisle; the son who will never know the warm, unconditional love of his mother; or the widow who must now find a new way to go on without the love of her life… and the soulless, ugly thief that is war.

Call to action: Please sit quietly for more than a moment, consider, and then give thanks. Share your own thoughts of Memorial Day in the comment section.

NOTE: This post was originally published on May 25, 2015. It is still relevant today as ever and it always will!