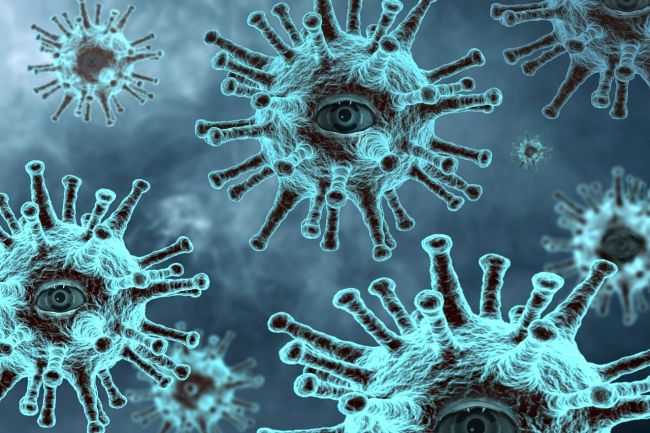 Humanity is infected with numerous killer “social viruses.” With our permission and support, these “viruses” have been allowed to spread and mutate.

Humanity is dying. We’re dying, one by one, human group by human group.

If you haven’t heard of these “social viruses,” then stick around and hear me out. Honestly, it’s hard to decide with which “social virus” to begin our list!

Because there are so many of them–and they are all equally and potentially deadly! In fact, they’re intertwined–simultaneously feeding off and feeding each other.

I suppose it doesn’t matter where we start. Frankly, mankind has always had an evil streak. However, in recent times, the growth of the “social viruses” I am about to share seem to have accelerated at abnormal rates.

Each “social virus” is taking over our minds and hearts; mutating into reason-resistant strains; and inhibiting our ability to care about anyone who doesn’t fit our paper-thin definition of human.

Or, maybe it isn’t acceleration but regression to a second Dark Ages. You know the period in history devoid of intellectual and cultural developments and marked by cultural, economic, and demographic deterioration. In other words, a pretty sh*tty and grimy time in the history of mankind.

So here are the “social viruses” listed in no particular order of importance:

Still can’t “see” it?! Well, give me a minute to turn up the lights a bit in here. OK, for example:

COVID-19 revealed this: Too many of us care nothing for truth, facts, or public health. In other words, we cannot “taste” the salt in the tears of another human being. So many of us don’t seem to care who suffers, who dies, or who sacrifices as long as we get to live maskless, selfish, delusional lives.

And too many of us care nothing for our home planet–or for future generations. You know, the children who we “claim” to love more than ourselves. Seriously, have you taken a whiff of that stuff you pump into your vehicles?! Nothing that smells that vile can be good for the planet. Just sayin’.

And then, there are those who scream “if you aren’t white like me, male like me, straight like me, etc.,” then you’re an unsavory and disturbing element who must be kept in line or expunged. Those fools still can’t understand that the lack of biodiversity is not life–but death to us all. Plus, it’s just boring as hell.

And this is just for starters. We could be here all the way into the next year if we had to list all the micro and macro crimes we humans commit against each other and ourselves.

These “social viruses” have been allowed to grow unchecked and unbridled. We’re now programmed for multiple extinction level events.

Whether we choose to embrace the truth of how we got here and how we stay stuck in the darkness, or we choose to pretend “it can’t be” or cry “it’s a conspiracy,” humanity is on a ventilator, gasping for a forceful breath of change.

But STILL too many of us are still holding onto the blind twin beasts called denial and delusion and the idea that life is a zero sum game.

So how did humanity — we — become “infected” with so many curable — but incurable — “social viruses?!”

Hey, I don’t have all the answers. After all, I haven’t been here taking notes since early humans decided it might be more comfortable to walk upright. But maybe it went like this…

Incubation
12+ years indoctrination in the school system of disinformation and membership in socially illiterate, unenlightened families and communities (except for Cain–he was just born bad, I guess)

It’s no measure of health to be well-adjusted to a profoundly sick society.

Is It Contagious?
Yes, but it doesn’t have to be

Prognosis
incurable to date; terminal unless…

“The emperor is naked!“

Treatment
Terminal unless we have the will, the strength, and the wisdom…

If we do this, starting today, maybe we might just save ourselves and the world.

6 thoughts on “How “Social Viruses” Originated, the Manifestations, the Prognosis, and the Treatment”