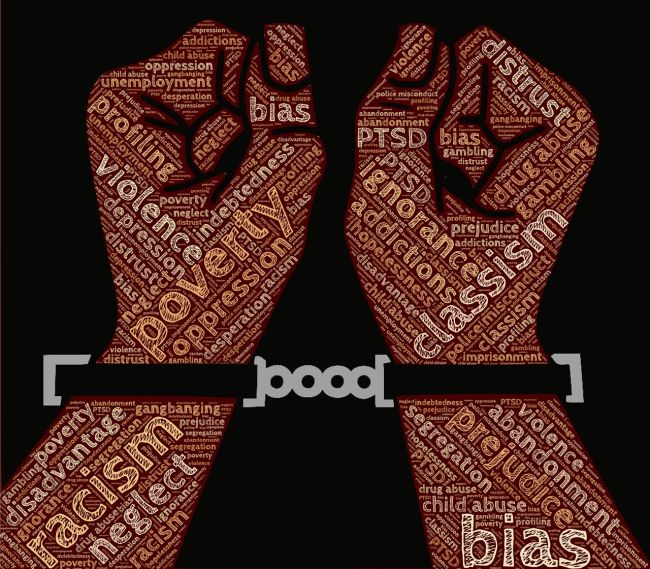 Watch this 4-minute video. And get it if you’re not selfish or stupid. It’s time for a fracking revolution…

They are the fugly twin beasts of hate and ignorance! And Black people in America and across the globe are intimately familiar with their hideous loathsomeness.

They are the massive crosses of injustice we carry on our black backs! They are the waking and sleeping nightmare that follows us on the streets, in our vehicles, in our schools, in the workplace, in church, in courtrooms.

Twin Beasts of Hate Are Thriving

For Black people, there’s no escape from the fugly twin beasts of hate. What are these twin beasts I speak of?

Check out the video below. It brilliantly and visually illustrates “the neon hot pink elephant lounging smack dab in the middle of this country on its haunches” that so many of its beneficiaries deny or “ whatabout “ away.

The injustice expressed in the video above can happen to people of any colour, any race and for varying reasons. But the fact is: White people are the “norm” and set the “norms” in this country. Black people have never been the “norm” — and we’re disproportionately the victims of White America desperately trying to maintain the “norm” and their privilege/advantage.

If you’re still not convinced, read Tim Wise’s book White Like Me: Reflections of a Privileged Son. In it he shares the brutal truth and facts about white privilege and systemic racism. If you don’t believe in these twin beasts of hate and you don’t want hear about black anguish from us. Then, hear it from a White person. Just get the damn message.

(NOTE: I wish I knew the original source of this video, so I could credit them and say thank you!)

And, for the love of God, don’t yammer about “I’m a poor White person or I’m not rich.”

Poverty is about classism and elitism. But systemic racism is based on the colour of our skin. Something we cannot do a damn thing about and consists of so much evil sh*t like:

A poor white person can potentially rise out of the shackles poverty. But a black person cannot shed the shackles of their blackness. Born black, die black. So, make no mistake about this:

If you’re an individual member of the White People collective, you have inherited White Privilege. All things being equal, poor White people have it easier and their lives have greater value, even if it’s just a smidgen, than poor Black people.

And so what if white individuals in the White People collective are not racist or all white Europeans didn’t enslave?

Thank God some White people were/are decent human beings. This is as it should be. You don’t get kudos for what should be the human norm. And white privilege and systemic racism are still real.

And one more thing…

So what if Black people somewhere in the world had slaves? That sh”t was wrong too. Just because someone else is doing the same evil sh*t is not a damn defense.

White America is still accountable for hundreds of years of the profoundly evil and wicked horror show of chattel slavery.

And White America is still accountable for the grisly and grim fruit of injustice chattel slavery continues to bear in its latest iteration: Systemic Racism committed against all people of colour.

Anyone who watches the video above and still feels self-righteous and continues to deny the existence of white privilege and systemic racism with ridiculous and self-serving “whataboutisms,” they just do NOT want to get it!

Isn’t it past time for a fracking revolution of thought and impactful change?!

10 thoughts on “Why the Twin Beasts of Hate Are Real!”