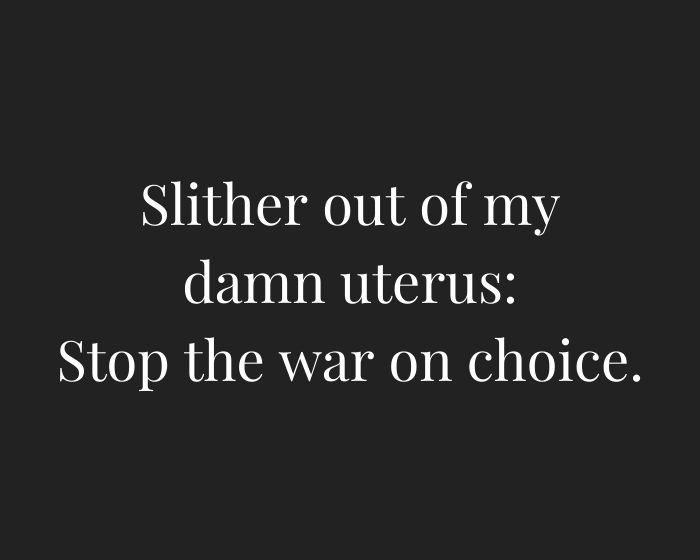 I don’t have a uterus — and I’m pissed about the latest attack against women’s reproductive rights by the always crazy as hell state of Texas.

The Texas Abortion Ban is a step backward for Human Rights.

Texas conservatives are hypocrites. This decision smells of Taliban-ism.

You can’t tell conservative Texans to wear a mask, get a vaccine, or be responsible about gun ownership. But they’re free to slither up into a woman’s uterus and set policies with consequences for her life they don’t have to live with.

Roe vs. Wade (and Voting Rights) should’ve been won and done.

This is a steaming pile of dinosaur bullsh*t!

3 thoughts on “The Texas Abortion Ban Is Bullsh*t”