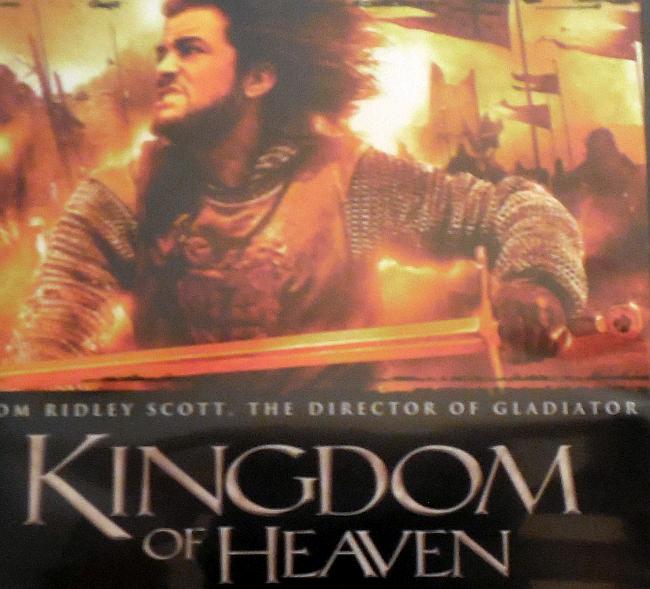 This is a film about ideas–substantial ones. And it is about truth that is ugly, brutal, but real.

For those whose minds are engaged in thoughtful considerations, this film’s dialogue is like spending an entire day with a beautiful being to whom you are supremely attracted to but may only engage in foreplay above the shoulders — and nothing more.

It is suffering. It is sublime. It is exquisite.

And in light of the recent savage disorder happening in communities around the world, I think this is an opportune time to share just a fraction of this film’s intelligence with whoever I can.

So let’s begin with a place: Jerusalem and a time: the 12th century during the Christian crusades.

After Balian of Ibelin goes to Calvary in search of God and answers and expresses his failure to find him there, this is what Hospitaler says to him:

I put no stock in religion. By the word religion I have seen the lunacy of fanatics of every denomination be called the will of God. Holiness is in right action and courage on behalf of those who cannot defend themselves. And goodness? What God desires is here [points to head] and here [points to heart]. And what you decide to do every day, you will be a good man — [pause] or not.

From King Baldwin IV’s own lips to Balian of Ibelin:

A King may move a man, a father may claim a son, but remember that even when those who move you be Kings, or men of power, your soul is in your keeping alone. When you stand before God, you cannot say, “But I was told by others to do thus.” Or that, “Virtue was not convenient at the time.” This will not suffice. Remember that.”

Balian of Ibelin to the people of Jerusalem right before they are do battle with the Muslims who are superior to them in skill and number:

It has fallen to us, to defend Jerusalem, and we have made our preparations as well as they can be made. None of us took this city from Muslims. No Muslim of the great army now coming against us was born when this city was lost. We fight over an offense we did not give, against those who were not alive to be offended. What is Jerusalem? Your holy places lie over the Jewish temple that the Romans pulled down. The Muslim places of worship lie over yours. Which is more holy?

After fighting the good fight and after securing a promise of safe escort for the Christians out of Jerusalem, Balian of Ibelin has decided to surrender to the Muslim leader Saladin and asks:

Balian of Ibelin: What is Jerusalem worth?
Saladin: Nothing.
[Saladin begins to walk away and then turns back and says…]
Saladin: Everything!

And as the Christians exit Jerusalem, Sybilla asks:

Sybilla: What becomes of us?
Balian of Ibelin: The world will decide. The world always decides.

Oh. My. Word. I just got a succession of shivers again (cerebral orgasms are the best)! Like I said, there is a sublime exquisiteness to the ideas expressed in this film. It speaks the truth about the insanity of religious fanaticism then and now.

So if you’ve missed this film, I urge you to watch it, because there so much more.

Over to you: What do you think about religion, truth, and how the world decides?