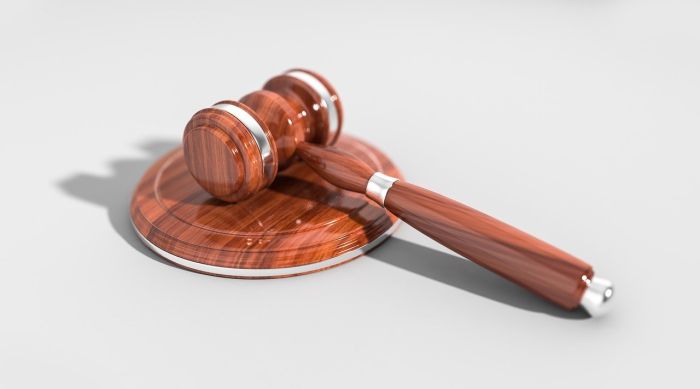 Can a country be charged with multiple counts of felony crimes — and then held accountable for those crimes and the generational impact on its victims?

Unfortunately and apparently, no.

But if a country could be accused, brought to trial, and successfully convicted of felony crimes, the United States of America would be a prime suspect — and then a convicted felon. Because the entire foundation of this “great” country is built on the commission of multiple felony crimes: kidnapping, human trafficking, murder, rape, robbery, and corruption and fraud.

Before we proceed with the evidence, we need to understand what a felony crime is. Most felony crimes are violent, serious, and particularly heinous in nature. And keep in mind that when an individual is convicted of certain felony crimes, each count is often punishable by 25 years to life with no possibility for parole — or even the death penalty.

The charges are heinous and numerous

And here are some other facts:

During the 16th century, the first “shipment” of African humans arrived on “American” soil. The forefathers of this country with premeditation built slave ships with suicide nets to house human cargo — African people. Then, White men sailed the Atlantic ocean to the African continent. And over centuries, according to the Trans-Atlantic Slave Trade Database, they kidnapped millions of African women, children, and men with the intent to use their lives and bodies to build the wealth of the New World.

After they had gathered and shackled their human cargo, they tightly packed them into the dark bowels of their slave ships like sardines in a can. And these shackled Black humans primarily slept, sh*tted, and peed in place for 30 to 90 days, as they journeyed to the land that would be their prison and living hell for generations to come. Please take a moment to inhale the loathsome stench?

“I was soon put down under the decks, and there I received such a salutation in my nostrils as I had never experienced in my life: so that, with the loathsomeness of the stench, and crying together…” ~ Olaudah Equiano, African eyewitness account

During the Middle Passage back to the New World, there was dysentery, smallpox, and death. Black humans who were murdered or near-death, as a result of the inhumane treatment, were tossed overboard like their human life was of no consequence.

Furthermore, let’s not forget that many of the African women arrived here with their wombs swollen with the “seed” of the White slave traders. And then, for centuries, White masters and overseers continued to sexually violate Black women.

Oh, and please know that local assistance from other Africans in this evil business does NOT absolve this country of its heinous criminal conduct. This defense is NOT a defense that would hold up in any just court of law.

In 1819, the United States signed a treaty with the sovereign Cherokee Nation where they promised that their lands, which had stretched from what is now northwest Georgia to Tennessee to North Carolina and Alabama, would be off-limits to White settlers forever. Sadly, the United States of America’s promise of “forever” lasted only 20 years.

Then, in 1830, President Andrew Jackson signed the “Indian Removal Act.” And in 1838, the federal government with full authorization commenced the illegal forcible removal of 15,000 Cherokee Indians from their lands.

During this involuntary migration of the Cherokee Nation, thousands of Indian souls were lost to harsh weather conditions, disease, and starvation. And this loss of life primarily included:

This historical travesty became known as the Trail of Tears.

That’s robbery and fraud and corruption. But both first-degree and second-degree murder is not a stretch.

In 1846, for several reasons, the United States of America declared war on Mexico. One of those reasons was Mexico’s refusal to sell California and New Mexico to America — and thus began America’s provocation of the Mexican-American War.

In 1848, the Mexican-American War ended. Alas, Mexico was no match for the aggressive expansionist-bent administration of President James K. Polk. And the two countries signed the Treaty of Guadalupe Hidalgo.

Mexico lost a lot — about 55% of its territory. And America’s dreams of further expansion came true. With this treaty, America by force “acquired” what is now present-day Arizona, California, Colorado, Nevada, New Mexico, Utah, and Wyoming — millions of square miles of land.

Article IX: The Mexicans who, in the territories aforesaid, shall not preserve the character of citizens of the Mexican Republic, conformably with what is stipulated in the preceding article, shall be incorporated into the Union of the United States. And be admitted at the proper time (to be judged of by the Congress of the United States) to the enjoyment of all the rights of citizens of the United States, according to the principles of the Constitution; and in the mean time, shall be maintained and protected in the free enjoyment of their liberty and property, and secured in the free exercise of their religion without restriction. ~ Treaty of Guadalupe Hidalgo (1848)

In this “peace”  treaty, the United States of America also promised to protect the civil rights and property of the Mexican citizens living in the newly acquired territories. But, of course, these promises were not kept. Because it turned out that only White citizens had rights.

That’s, at the very least, robbery and fraud and corruption yet again.

Tragically, these are only three instances of the felony crimes executed by America over hundreds of years; however, history has recorded thousands of instances of such criminal conduct.

Additionally, to perpetuate inequality and injustice and to maintain White supremacy against African-Americans, laws were implemented, such as Black Codes, Jim Crow Laws, Redlining, Urban Renewal, and voter suppression, and forcibly enforced without decency or conscience.

In other words, the mission of these laws was designed to deny People of Color the ability to influence Society, to affect social change, or to protect themselves.

And today, the impact and effects of these laws are still in progress (Source #1 and Source #2).

Now, I’m finished. But this is by no means the end of the United States of America’s criminal conduct.

The cold hard fact is this: The United States of America is not a “great” nation — and it never was. What it is, is a repeat felon.  A repeat felon who has gotten away with kidnapping, human trafficking, rape, robbery, murder, and fraud and corruption. A felon that refuses to “pay” for its heinous crimes.

Yes, it’s past time to shut down the rhetoric and right the wrongs of your forefathers.