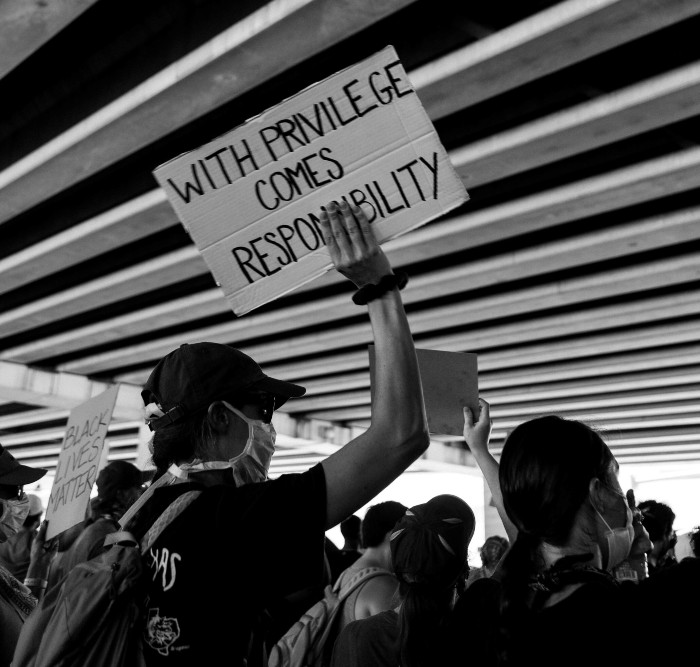 This is where the White Collective’s “responsibility” lies

Geoge Bernard Shaw said: Never wrestle with a pig. You both get dirty and the pig likes it.

Upon reading the comment in the screenshot below, which was in response to “White People, Two Reasons Why this Apology Is Bullsh*t,” I expelled a heavy, loaded SIGH. And then, I was immediately filled to the brim with loathing. Frankly, I wanted to tell this comment troll off.

But good sense prevailed and I didn’t. Because what would be the point of getting my panties all twisted up and engaging in yet another pointless conversation with a racist troll who is clearly spoiling for a fight. Instead, I muted his combative, unthinking, insensitive comment—and wrote this article.

Unfortunately, his comment reveals how unintelligent and socially dysfunctional some White people are. And once my disgust settled, it occurred to me that the statement “I’m not going to apologize for being White” could be translated into “I’m not going to apologize for my White advantage.” And this viewpoint stinks like three loads of T-Rex dung.

But I also submit that if you’re a decent, honest White person who is proud to be a citizen of the “greatest” and wealthiest country on the planet, you cannot deny how this wealth and “greatness” was acquired.

Generational wealth is a thing.

Generational advantage and White privilege are a thing.

So, the truth is: By accepting and enjoying generational advantage and privilege or by aiding, abetting, and facilitating injustice and inequality at the voting box and in this country’s institutions and bureaucracies, the present-day White Collective is now an accessory to the heinous crimes of its forefathers.

And for the White Collective today, this is where the magnitude of their responsibility lies.

2 thoughts on “Message to White People on Responsibility”